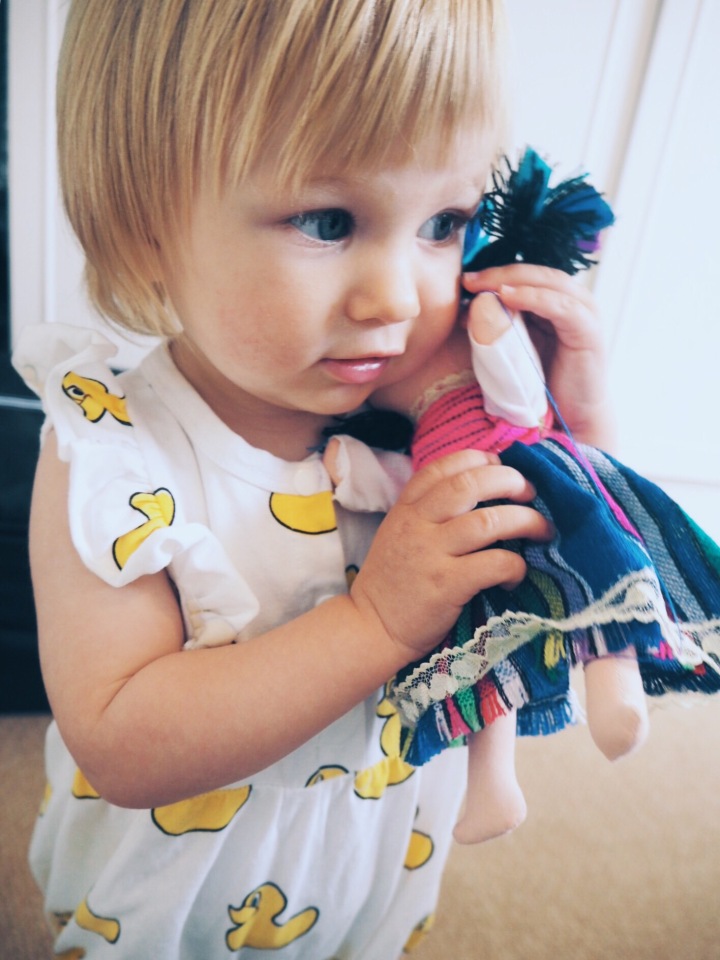 I am a stay-at-home mum.

Even writing those words feel surreal to me. It’s what I’ve always wanted for myself, it’s what my mum did and its what, deep down, I knew I would do too. It’s me. But, for some reason it feels strange to say it out loud. I’m not the stay-at-home mum I think of when I envisage what that means. I’m in my mid-twenties with one baby. I’m not that long out of education myself, where I spent more time studying to get a job than I did actually in one. I’m not very organised, I don’t drive a car and I can’t sew on a button or stop a nosebleed (head back or forward, I can never remember?) Yet, here I am, at home, and I’m a mum.

I knew from the moment that I found out I was pregnant that it was unlikely I would return to work. Ed and I had always spoken about the future that way and although sooner than planned, I was excited about my upcoming life at home. The thing is, now that’s a reality, I’ve found myself justifying the decision to everyone and anyone who asks, in fact, now that I think about it, even to those who don’t! ‘Oh, It doesn’t make sense, to look after other peoples children whilst someone else looks after mine… You see, my salary as a teacher is hardly different to the cost of childcare itself… I get to school so early and leave so late, the hours would be so long for her in nursery.. blah blah blah” All of these explanations are the truth, but why don’t I just say that it’s what I want to do, it’s what makes me happy.

As I’ve noticed myself reeling off justifications, I’ve tried to think about the reasons that I feel the need to say those things. Partly, it is down to my age. I suppose I worry that people might assume that I’ve not earned the right to leave my job and stay at home. I can remember receiving my university results (I have a first class hons. in psychology and LOVED studying it) and a friend of my mum saying to me ‘Oh, and you’re throwing it all away to be a teacher.’ I’m still angry at myself for never saying anything back to her, I guess I didn’t understand the huge responsibility of the job like I do now. But, I worry that people might think the same again, that I’ve ”thrown away” my career too early, just to be a stay-at-home mum.

Next, it’s job guilt. Which is kind of the opposite of mum guilt. Rather than feeling guilty for leaving your child for work, you feel guilty about leaving your work for your child. I know it sounds a bit ridiculous, yet I can’t help but sometimes feel like I’ve taken the easy way out. I suppose I have really. I can tell you now, that looking after 1 kid has got nothing on looking after 30! And whilst the education system is slowly crumbling because of changes after cuts after changes after cuts, I can’t help but feel like I’ve abandoned a sinking ship and that feels shitty. And don’t get me started on the missing and worrying about the kids.

Finally, I suppose we could call it life guilt. I think this one is the killer. I’m trying to own the stay-at-home thing and the truth is, I really am loving it. I love my days and in fact my life, to bits. I can’t believe how bloody lucky I am. But that’s just it, isn’t it? I know how fortunate I am to be in the situation that I’m in. I don’t need to go to work, instead I spend my time hanging out with Malala and I’m so very grateful for that. I find it very difficult to admit it though, especially when I know that there are many women who aren’t, but would love to be, in the same situation.  That’s when the justifications start rolling or the millionth business idea gets mentioned in a bid to add ‘purpose’ to my life when in reality, I’ve never been more fulfilled. Why can’t it be okay to just be lucky enough? For me, it definitely isn’t. It’s a hard one really, being a mum, isn’t it? We’re damned if we do and we’re damned if we don’t. But mainly by ourselves it seems.

Even though I feel like a young-un in Mum Land (I mean, I did just google ‘how do you make mash potato?’ followed by ‘can you reheat mash potato?’ so I guess I do still have a lot to learn.) Age is becoming less of a thing for me. Outside of London it’s unlikely that I’m even young for a mum. I should get over that. The job guilt, will always be there a little, I reckon teaching has that effect on you. But the rest, needs working on. So what, if I’m not like the stay-at-home mum I imagine in my head, If I’m this side of 30 and have just had one kid to warrant me leaving my job? It’s where I am and it’s me right now.

It’s funny really, you think that you will never understand ‘mum guilt’ because your a full-time mum, and then you start to write something, which ends up being something totally different and here I am, ab sailing in into the abyss of mum guilt, waving at my working-mum pals as I head down toward the land of the stay-at-home mums.

When will we learn to give ourselves a break ey?

3 thoughts on “The Stay-At-Home Mum (Guilt)”

Say Hi on The 'Gram